How to Morph AVI Videos

You can import AVI video files as Image 1 or/and Image 2, this makes it possible to morph between two AVI videos. All frames of the source videos can be exported to resulting morphs.

For example, we have two AVI source videos, AVI #1 and AVI #2, as shown below. Note, here we posted their Flash copy just for saving your bandwidth, they are absolutely AVI files in the project.

1. First, we should import them into FantaMorph. As described in Lesson 1, in the Import Image 1 window, choose AVI #1, the last frame of AVI #1 will be shown on the right of the window. 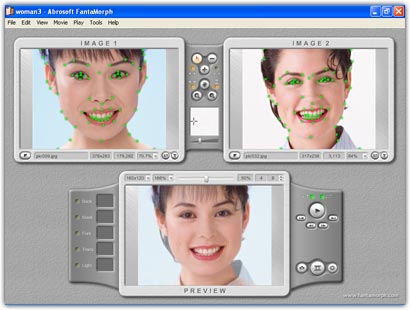 3. When you want to export the morph, just note there is an additional option Include Source Video Clip in the Export window. When this option is on, all the frames of AVI #1 and AVI #2 will be included in the resulting morph. Note, this feature is only supported in FantaMorph Pro and Deluxe. 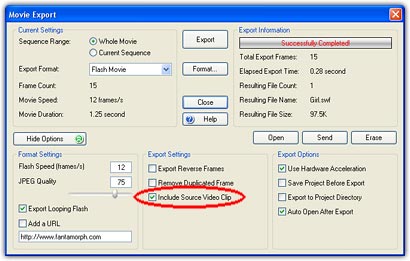