How to Morph Only Portions of An Image

How do I morph only portions of an image? For example, how would I morph only a person's face from one image with the face of an image of another person?
This is accomplished with a little help from other graphic software, such as Photoshop or PaintShop Pro. If you have some skill in using image-editing software, this will be no problem.
For instance, suppose we want to morph the first and last faces to produce the center movie shown.

In Photoshop, I select the face portion of the second image and copy it to the first image. Unfortunately, as in most cases, the faces do not match in size or position. See below. 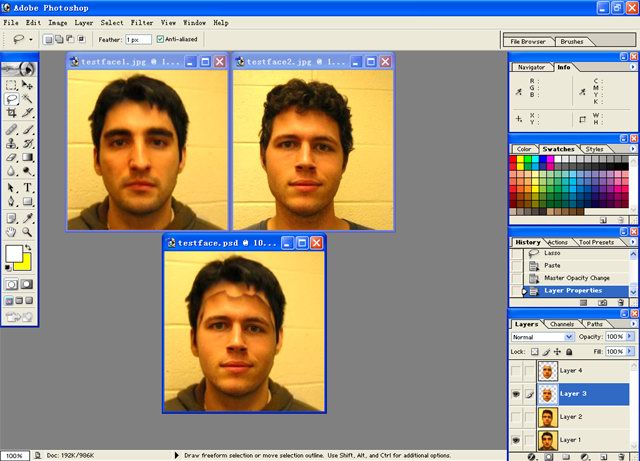 So, I have to resize, rotate and perhaps perform further adjustments to make the piece match. When the copied portion closely matches the desired portion of the second image, save the resulting image in 32-bit PNG format. (Using 32-bit images, one of FantaMorph's greatest features, allows this interaction with other image software. See more about "How to Use 32-bit with Alpha Images".) 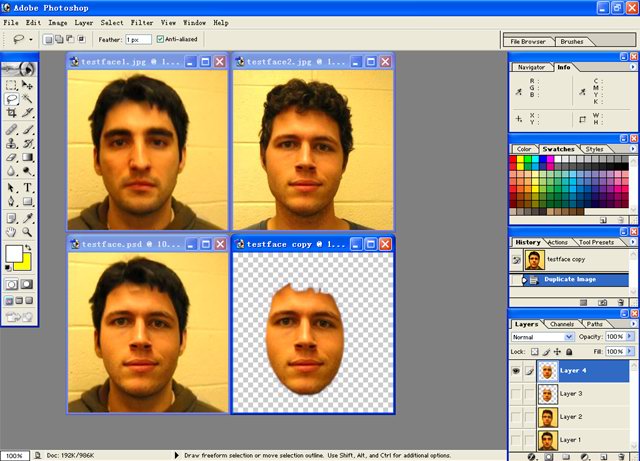 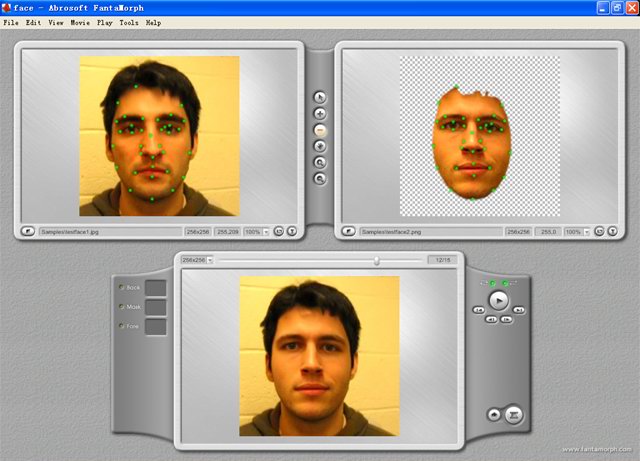 You can download this sample project and then decompress all files to the directory "C:\Program Files\Abrosoft\FantaMorph5\Samples". Launch FantaMorph, choose the File/Open Project menu and select "MorphFace.fmp". Enjoy!