How to Use 32-bit with Alpha images

FantaMorph supports the import and export of 32-bit with alpha images in BMP, TIFF, PNG and TGA formats to create professional effects. Most images used in computing are based on 24 bits, specifying the red, green and blue values at each particular point on the image. These 24-bit images are fully opaque, thus anything under them will be hidden. A 32-bit image has an additional 8-bit alpha channel, which is used to specify transparency. Such images can be smoothly blended with other images.

The left image below is an example of a 32-bit image. The portion filled with the small checkerboard grid represents transparency. The image containing transparent areas can be laid over a single color image, like the middle image, or over any other image, as seen at the right.  In both cases, the background shows through the transparent area.

You can use 32-bit images within FantaMorph, or export 32-bit morph results for use with other graphic or video software. When export, please don't forget to tick the relevant option on the Export window, or else the result will be opaque, not transparent, by default.

Beginning with version 5.3, you can edit and preview a 32-bit morph more clearly because you can now change the hue of the default checkerboard background, or directly use an opaque color. For the project which has a lot of white elements, this feature is very useful. 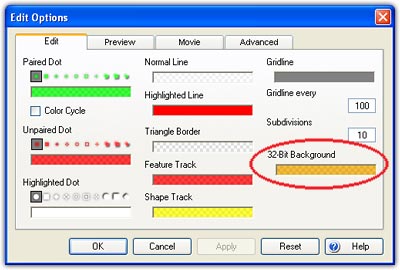 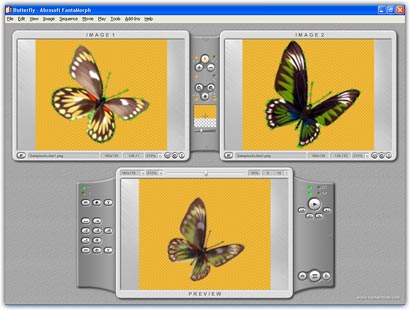