How to Use Curve

If you are familiar with morphing technique, you may know its algorithm is: morph = deform the shape & cross-dissolve the feature. In normal cases, both the deformation and cross-dissolve were performed linearly. Now with the controls Feature Curve and Shape Curve, you can freely control the morphing process of feature and shape to produce more professional morphs. Choose the Sequence/Feature Curve menu to open the Feature Curve window, or Sequence/Shape Curve menu to open the Shape Curve window. 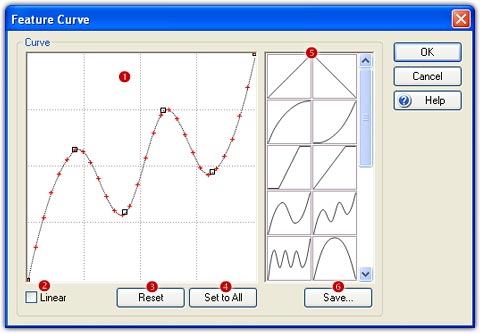 The curve is specified by a sequence of control points and smoothly passes through each point in the sequence. There are at least two control points on a curve. The red crosses on the curve mark the positions of each frame.